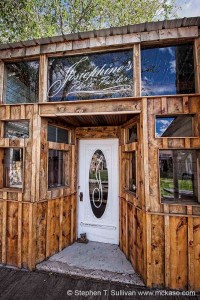 By the time of the Civil War, photographers had become both an artist, town recorder and historian all in one.  The town photographer was called upon to do family portraits and record events marking a time in history, much as they do today. Camera equipment was developing rapidly, but was heavy, bulky and slow.  The photographer was still able to record the arrival of an immigrant family to the area, record news events, commemorate a wedding or note a funeral.  All of these things were necessary and required by the people of the community.  The photographer was a key to making sure that people knew what was happening in their local area.

Photos were sent back to the “old country” showing the family in their new status as residents of their respective communities.  They often showed “secret” pre-arranged hand signals telling the viewers if they should follow or stay where they were, if they were doing well or poorly, if the land was good for farming or if there were other opportunities.

Styles were often formal with people wearing their nicest clothes to make good impressions.  Soldiers wore their dress uniforms and struck a stately pose for the photographer.  Ladies wore their best dresses and made sure that they had the proper expressions.  Children were shown in their best clothing and were subdued in manner.

Solemn occasions were also marked when a loved one would pass and a photograph was taken of a deceased family member just before the burial.  more than one baby picture has been found with the eyes closed (those were pictures of babies who had passed away).  Pictures of people laying in their caskets was also proof to others not able to attend a funeral of the passing.

The purpose of the photographer was and still is to capture memories in time.